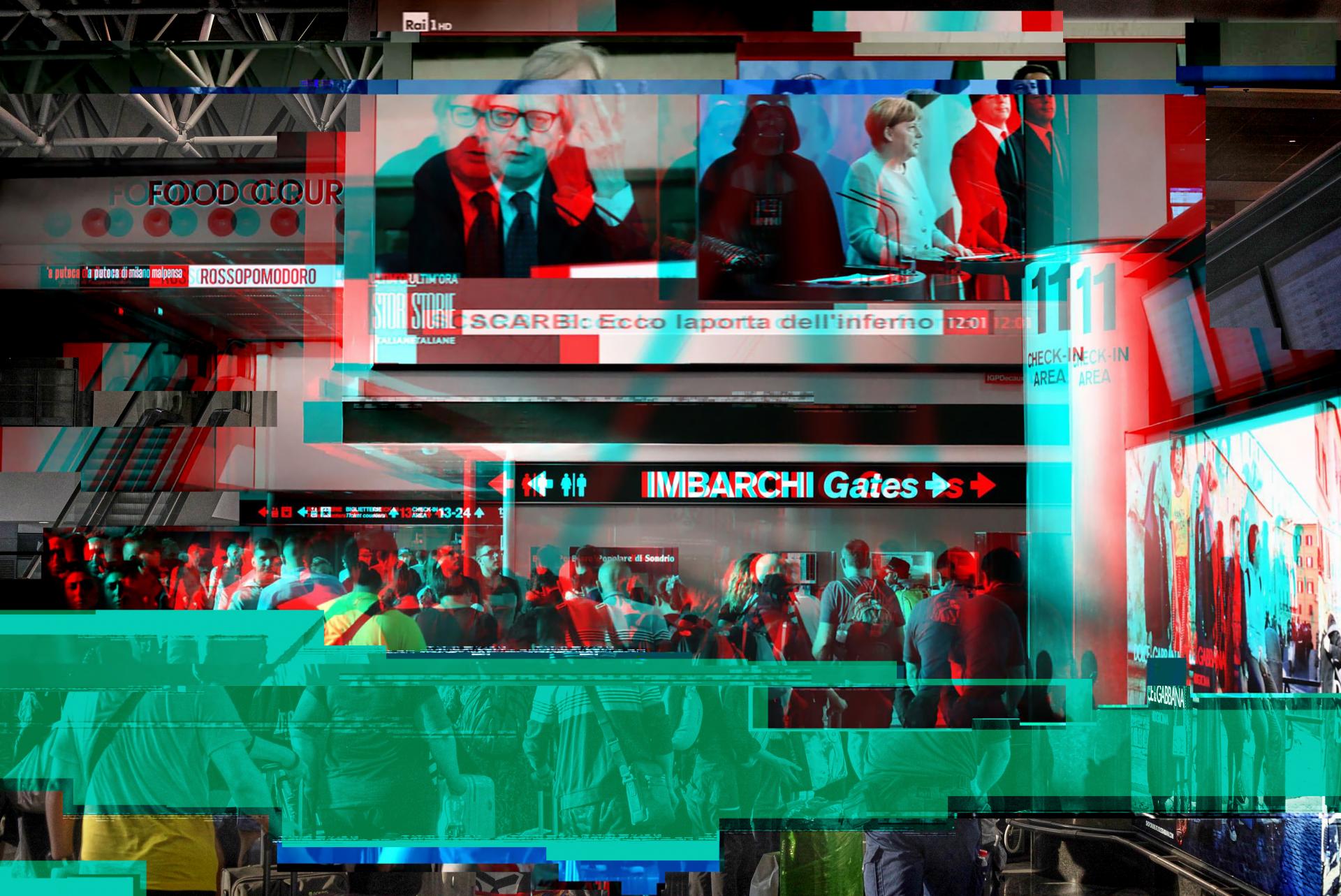 This project has a history which dates back to the year 2017: I drove one full day by car to the Polish city Gdansk, where I had the possibility to use a light-flooden AirBNB apartment as a photostudio – for free. During travel I nearly lost the exhaust system of my car. I repaired it, but I had to drive very slow. No freeway, damaged car… I had a lot of time to think about the project, to imagine it, to dream it. The projects name was “The Art Of Surviving One Day On Planet Earth In 2017”: A kind of surreal photographic cycle which refreshes classical iconography and repowers photography by using a fresh, but understandable iconology of modern fairy tales, like starwars, but …with a “dark mode”. For the outdoor location shots I worked at the Milano Airport and in Bergamo, near to Milan. I would not say, that the photo shooting was bad, but during the work I recognized that the idea has a potential which was much bigger than the pictures I made. The Italian artist Valerio Adami once told, that there is a phase during the creation of an artwork, when “the artwork emancipates from its creator”. In my case I recognized that the cycle “wanted” to go away from photography. I experimented successfully with glitch tools, so the came out were digital artworks. They are available as signed prints and as NFTs. What are NFTs? An NFT is, in essence, a collectible digital asset, which holds value as a form of cryptocurrency. Much like art is seen as a value-holding investment, now so are NFTs. But how? NFT stands for non-fungible token – a digital token that's a type of cryptocurrency, much like Bitcoin or Ethereum. But unlike a standard coin in the Bitcoin blockchain, an NFT is unique and can't be exchanged like-for-like. The types of NFTs are super-varied, but they could take the form of a piece of digital art or a music file – anything unique that could be stored digitally and be thought of to hold value. Essentially, they are like any other physical collector's item, but instead of receiving an oil painting on canvas to hang on your wall, for example, you get a JPG file.

Time waits for no one

just a castle in the air

boy on the roof I

boy on the roof II

awarded Crypto-Art project: The Art of Surviving One Day

The connection. Disruption one.